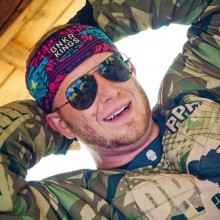 Founder of PPArena brand, paintball player and team captain of same name team. After one year old break he decided to resurrect the Czech Paintball League in 2015. Otherwise he is an arrogant and self-important idiot. But you know what. Someone has to pay this circus... :-D 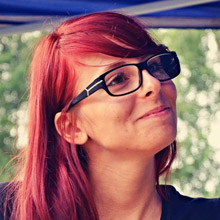 When someone (hi, Pap!) comes up with organizing tournament, someone else has to arrange everything. All these realizations are made or at least supervised by Kate. Without her it wouldn't work (unlike the men below and above).

Superpower: When she's in the mood, she's baking muffins with ČPL flags for everybody. 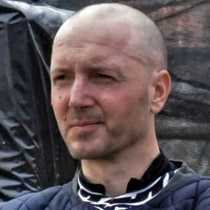 Some people say, Dan is a legend. And for sure he is. He was playing paintball before most players in Czech started and he's still here even when most of the players stopped playing. He's closely connected with everything around paintball in Czech. Maybe because he's owner of the biggest and the best Paintballshop in Czech. He used to organize Czech Paintball League in the past and that's the reason why he's the guru here. And until he will definitely move to Asia (southern Moravia) and sell his shop to Pap, he always be the guru.

He's the person you can complain about, that that 141 was too strict.